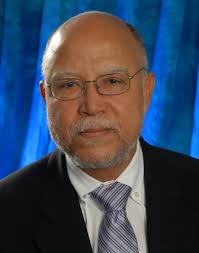 Langston Sibblies, KC was appointed to the JLSC in accordance with section 105(1)(e).

Mr. Sibblies is a senior lawyer with extensive background in financial regulatory laws and on international standards on anti-money laundering and counter terrorist financing. He also has substantial experience in administrative law and policy development.

During his tenure with CIMA, Mr. Sibblies was engaged in the negotiation of several memoranda of understandings with leading financial regulators in the USA, UK, France, Germany, Italy, Ireland, Japan and China, among others. He also served as a member of the Cayman Islands Tax Information Exchange Negotiation Team when he was involved in the negotiation of several Tax Information Exchange Agreements with other countries. In this capacity, he attended meetings of the Global Forum on Tax Transparency in Paris and Mexico on behalf of the Cayman Islands Government.

Mr. Sibblies currently serves as the Deputy Chairman of the Board of Commissioners of the Jamaica Financial Services Commission and is listed on the Roster of Short-Term Experts of the International Monetary Fund.